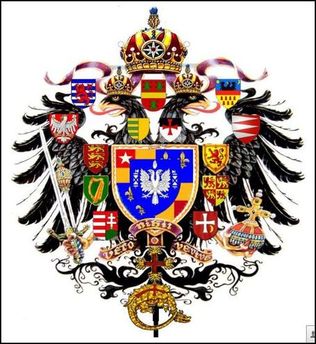 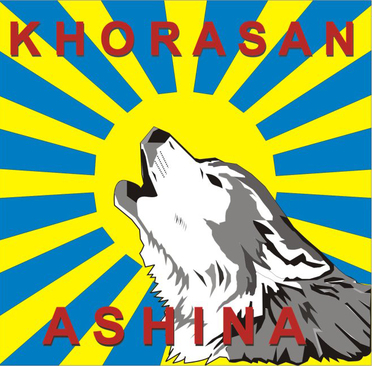 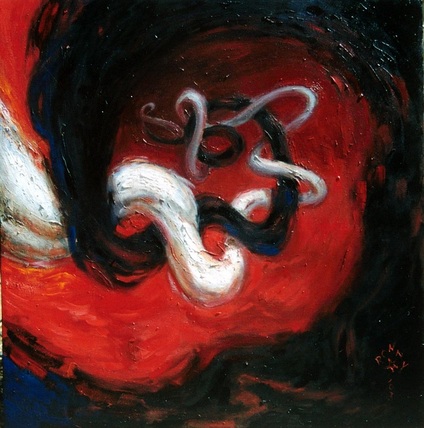 The Parable about the two snakes - A manichaean text in Sogdian.

Here begins the story about the snakes "Heavy-to-carry" and "Light-to-carry".

Furthermore it was heard that there were once two snakes, and the first snake was called "Heavy-to-carry". Their bodies were equally large, and their tails were very long. Being of one mind, they loved each other so much that one could not bear to be separated from the other. And lo, they went along a path together. After they had traversed much land, one snake glided into depression. And the other snake proceeded along the way.

On one side of the path there were a very high mountain, and on the other side a very deep body of water. And on the path, a trapper had set up a snare and a pitfall. Inside it was full of burning coals, and all kinds of fiery apparitions rose from it into the air. The trapper was hiding nearby. And when the snake came to that place, it was pleased and amazed at the fiery apparition in the air. But it was not possible for it to avoid the pitfall, for, alas, it had to go ahead along this path and there was no way back. And lo, it paused, and then darted ahead, thinking,

"I want to jump over the pitfall with my whole body." But, because the pitfall was very wide and the snake`s body was long and very thin in the middle, and its tail was very long, it could not cross the pitfall. Its head came across , but the tail remained behind lying across the pit, and the snake could not pull it over to its neck. So it burned there and died. And the trapper came quickly, stretched out his hand toward the pit, cut open the head neatly, took the stone , and went away very happy.

The second snake came along and found its companion dead, its head mutilated. It cried out from the depths of its soul, "Alas! You were very dear to me." And it wept and lamented bitterly, wailed pitifully and said, "O wonderful brother, how have you died without your brother and in shame?" When it had stopped lamenting, it thought to itself, "My brother died because he had not thought of a remedy for the body. If I, too, do not find a remedy for the body, I will also have to die." And it considered the matter carefully. And the snake said, "Because he was a male, he could not bear the separation from his dear tail; he could not endure corruption and suffering in his body.

But there is really no other way out. If I endure separation from my dear tail and endure a little pain in my body for the sake of the soul, then I will be able to jump over the pitfall." Then it returned to the depression and found the abandoned fire of the shepherd. And it burned off as much of its tail as could be harmful to its body. And, when it had become smaller, the tailless body jumped very lightly and crossed the pitfall safely. Of these two snakes, one is the person who loves the body, for whom bearing ... is troublesome, but who is unconcerned about the soul.

And his ... is long. The second snake is the person for whom the soul is dearer than the body. There is very little poison in him and his attachment to the world is very weak, and the fetters binding his soul are very thin. And the pitfall, the high mountain and the deep body of water are the three trenches. The trapper is Ahriman, and the stone the soul.

Ultimately the Old Man, without good works, is the one who cannot jump over the three ditches with the tail of the body. But the chosen New Man has purged the three poisons from the body and has borne in his body the agony caused by observing the Law, and he can endure separation from his dear wife and children and from riches, and on the Final Day his soul will arise from the body and will attain the peace of Paradise ... 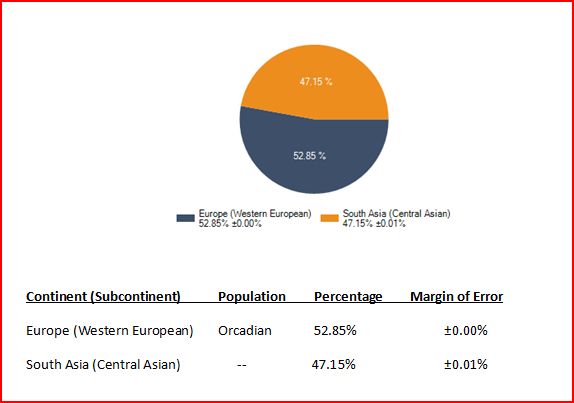 The Autosome is the term given to one's own genome (or "gene" in simple lingo). It is as individual as one's fingerprints are. Providence/The Great Architect can throw anything from your millions of diverse ancestors - from anywhere up your tree - into your individual makeup, when creating you......at the 20 generational level for instance, each of us has 1,048,576 ancestors.....and populations move and mingle too. The Y-Chromosome and its Haplogroup and autosomal analysis are two very different things. Let me illustrate by my own example: My own genome has been analysed as containing the following ethnic material: European (Orcadian) = 51%

I have been analysed as being 54.5% British and 45.5% Pashtun. (Perhaps the emphasis on me leaning more towards my beloved mother is reflected in the fact that I have a Cancer Ascendant and three personal planets in that sign too)......But my half-Pashtun and half-English reality is beautifully expressed in the above autosomal analysis. The two populations with the asterisks are deemed by experts to be the two main Pashtun/Afghan population markers: Indo-Aryan and Indo-Iranian. So I have 51% European and 41% Pashtun in me, although the Onge and Turco-Mongol components are regular parts of the Pashtun "soup" too, in varying quantities......... It should be noted here also, that 3.5% of my Indo-Iranian "material" was contributed to me via my mother, so that makes my "European stuff" 54.5% not 51% as shown in the analytical breakup. But still, the above defines me exactly as I would be:  as "a Pashtun, of Ashina extraction, with an English mother" - when taken together with my Y-Haplogroup Q1b*! The Ashina Y-Chromosome, which traces the Paternal Bloodline........is, in my case -- confined to that teensy Siberian 2% part of my total makeup! So I personally am more British and Pashtun than I am Turco-Mongol, yet my "brand label", with regard to my paternal family line, is still technically and scientifically -- Ashina! Regarding Dragon genes.well, my Ashina Bloodline is restricted to that 2%, but that in no way diminishes its significance, nor its potency...and as my 51% European part is Orcadian (Scottish) - and Orcadians are descended from the mighty Picts, that explains itself; the 41% Pashtun component in me is the joint legacy of the legendary Sakas, Yuezhi/Kushans and Tocharian Scythians.........that too is self-explanatory...and my brand label is still Ashina! THIS is how genetics works! -- Arif Hasan Akhundzada

* Both these constitute the two basic Pashtun Population indices (with the other three also to be found in varying quantities); but 3.5% of my S.W. Asian component has been supplied by my mother. Therefore the proportions 54.5% British and 45.5% Pashtun – even if they are not shown as that in the split analysis above.

I am slowly securing the leads to those Scandinavian and Viking genes in me. Below is a recent discovery relating to my fourth great grandmother Mary Spraggon (1772-1844), and the information and links regarding her (maiden) name Spraggon: Last name:

Recorded in several spellings as shown below, this is an English surname although arguably of Old Scandinavian and Viking origins. It is from the pre 7th century personal name Sprig, meaning twig or branch, with the diminutive suffix "-in"; hence "Little twig". The modern diverse spellings showing how things can change over some thirteen hundred years and several different languages include forms such as Spurgeon, Spridgeon, Spurgin, Spraggon and Sporgeon! The first recorded namebearer appears in the late 13th Century (see below) in the Norfolk region. The "-eon", ending is thought to be an imitative spelling from existing words such as pigeon or surgeon. The development of the name includes the following examples: Simon Spugin is mentioned in the Hundred Rolls of Cambridgeshire in 1273; William Sprigin (1275, Norfolk); Ralph Spraging (1622, London); and Robert Spurgynne, who was vicar of Fouldon, Norfolk in 1566. Charles Spurgeon (1834 - 1892) was a baptist who became so popular a preacher that quote "Exeter Hall could not hold his congregation". A coat of arms associated with the surname has the blazon of silver field, charged with a chevron engrailed between three black escallops, and the Motto "Non civium ardor" or Not the ardour of the citizens. The first recorded spelling of the family name is shown to be that of William Sprigin. This was dated 1273, in the Hundred Rolls of Norfolk, during the reign of King Edward 1st, known as "The Hammer of the Scots", 1272 - 1307. 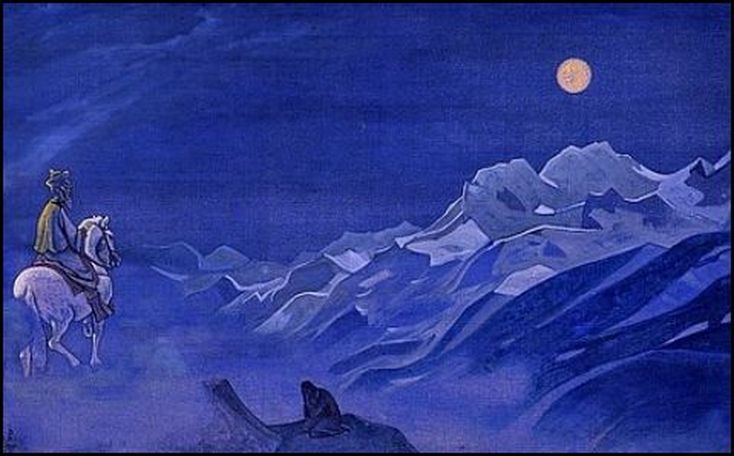